An Introduction to Verifiable Credentials

What are they and what are the use-cases and needs that they aim to fulfill? 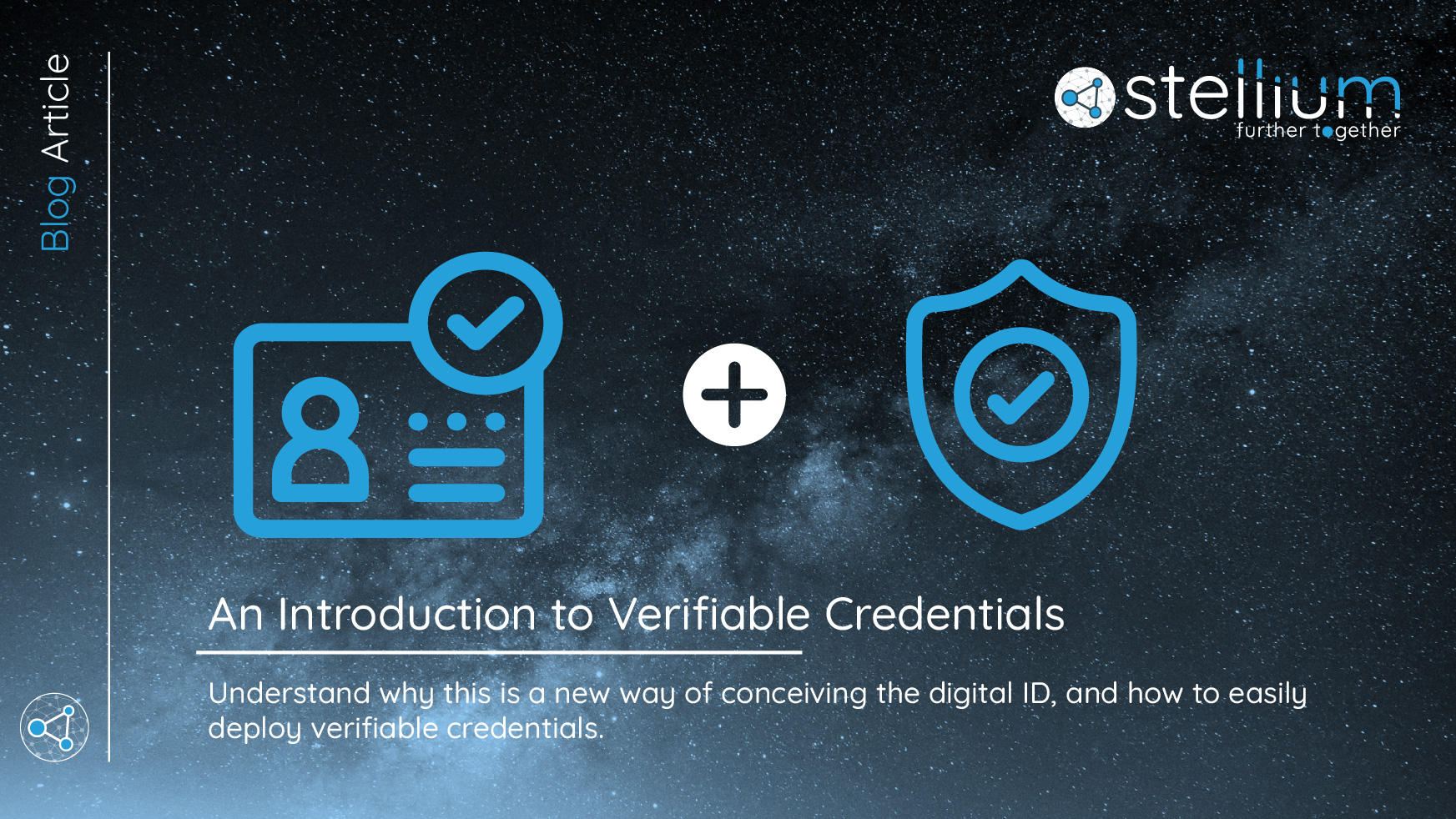 What Verifiable Credentials are?

Let’s first start by explaining already what digital credentials are and some issues related to those. A credential is something that we already possess and use in the real world. It could be a driving license, a passport, a diploma, or anything that represents accreditation. The credentials that we use are released by an authority (for example: for a diploma a school, for a passport, the government). We all know that these types of credentials can be represented in a digital format such as a digital document (PDF), but nothing prevents these digital documents to be tampered with, or falsified by a third party.

Additionally, these credentials are released by central authorities, making them valid until it’s possible to verify them with the aforementioned authority. This means that, if an authority ceases somewhat to exist, the validity of the credential itself becomes questionable. Even in the case that the authority (e.g. a government) is so solid that the event of it ceasing to exist is unlikely, there is still a dependency on such authority to assert the validity of a credential, so that such authority must ensure that its infrastructure is highly available to satisfy this requirement.

Decentralized: they should not be issued by a central authority;

Persistent: they should be implicitly persistent, so should not require an issuing organization to exist;

Discoverable: it should be possible to discover information about the issuer at any time.

W3C (World Wide Web Consortium) started laying out the foundation of a data model to satisfy the basic requirements above. When a digital credential adheres to the W3C data model standard it’s called a Verifiable Credential (VC).

Issuer: the issuer is an authority containing some information about the Subject (can be a person, a device, or an organization) and that can release that information as claims to the Holder.

Verifier: a third party requesting information about the Subject, for example, a website. For verification purposes the Holder can present all or part of the claims represented in the credentials that it holds, using any privacy-preserving technique to avoid disclosing personal information (e.g.: if a website requires to prove that the Subject is older than 18 years old, then the Holder can disclose just this specific information, avoiding sending personal information claims).

A Verifiable Credential is composed of three (3) main components:

Claim(s): a tamper-proof set of assertions made about the credential subject.

Proof(s): a proof mechanism to ensure the validity of the credential issuer and subject’s claims. 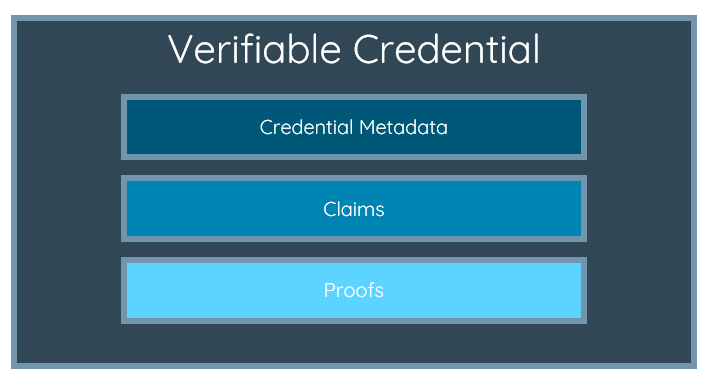 What are the differences between federation models and VCs?

When talking about issuers and verifiers, we can think about a similarity we are used to know in many implementations today, that are federation models using certificates, Open ID Connect, or SAML protocols. However, the difference between federation models and verifiable credentials is substantial: in the first model, the Identity Provider (IdP) plays a central role in releasing information (claims) about the Subject to a Service Provider (SP), whilst in the second case the holder has the responsibility for deciding what information to disclose. In terms of user’s privacy, the difference is big: in the Verifiable Credential’s model, it’s the user who controls what information to disclose and having full control over its credentials, whilst in the federation model the user’s privacy is under the control of the IdP, that determines what information must be sent to the SPs that request for it.

Concerning user’s privacy we can recap the following key differences between the two models:

Just-In-Time issuance: in a federation model an issuer is contacted every time a service provider needs to assert the requestor’s identity, which demands the issuers’ infrastructure to be always available and also that the infrastructure sizing is proportionally scaled with the number of subjects that the IdP holds information for. In the Verifiable Credentials model, the credentials are held in a digital wallet or application under the users’ control, hence the issuer is not involved anymore when a service provider needs to request the credentials’ claims to the holder.

What are the use-cases that can be fulfilled by VCs?

Verifiable Credentials can fulfill multiple use-cases involving the presentation of the credentials to third parties that request them (verifier). In the W3C data model parlance, the item that is going to be presented by the holder to the verifier is called verifiable presentation, which contains a full or partial set of claims, as we saw in the previous chapter. Verifiable Credentials assume even more importance in the perspective where the presented claims will be handled by automated means, making instant decisions about accesses, job applications, professional development. 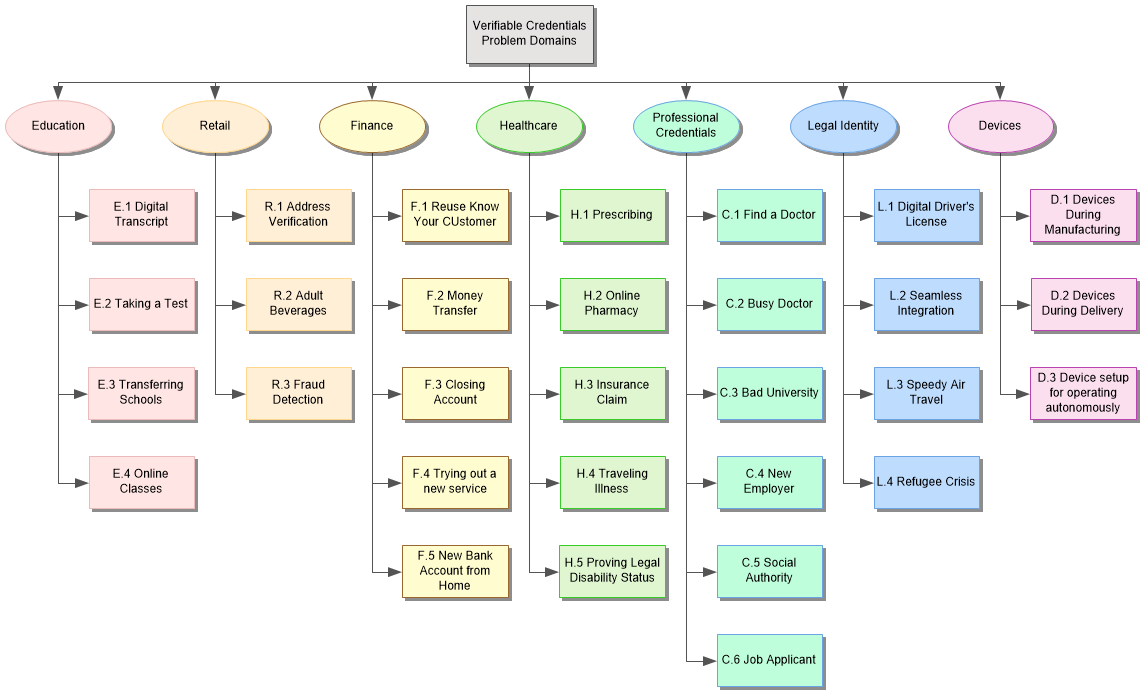 Here are a few use case examples:

Finance: KYC (Know Your Customer) processes involving the verification of the customer’s address and the possession of a national ID card.

Legal identity: Digital credentials with claims that assert specific enablements from trusted certifying authorities (identical to how we present today our plastic ID/license cards to a third party that asks the, e.g. showing a driving license to a police officer requesting it).

The Microsoft implementation follows the W3C data model standards and builds on top of another standard tracking technology, called Decentralized Identifiers (DID), to allow organizations to release credentials and proofs under the users’ control, who decide in turn when and how to use them. Microsoft’s solution is built using the following components:

Microsoft Authenticator: an application that enables users to use DIDs and Verifiable Credentials, and facilitates the presentation of the latter. 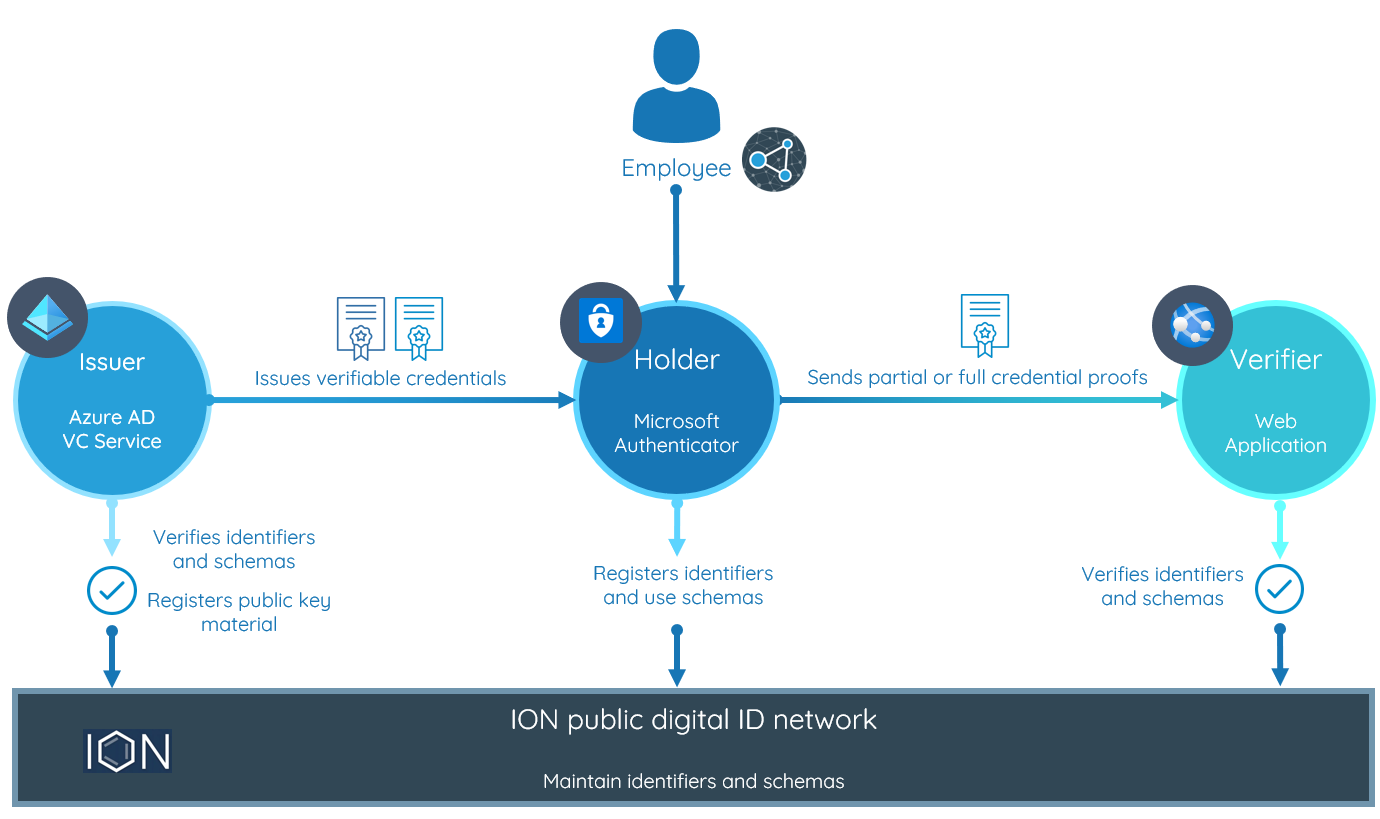 We will see now a demo case where Stellium registers an Azure AD Verifiable Credentials Service in the ION blockchain network and then, issues to an employee requesting it the credential of Verified Employee in his Microsoft Authenticator application.

We registered our production tenant for the Azure Verifiable Credentials Service and our records are published in the ION public network.

We start now an application to display the QR codes that MS Authenticator can use to interact with the Stellium VC Issuer. 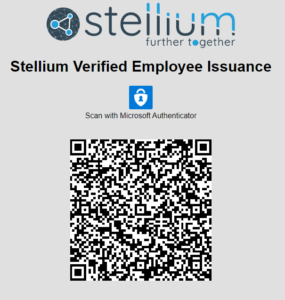 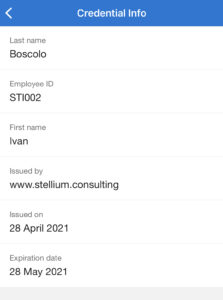 Step 3: Present the Verifiable Credential to a third party application

After adding the credential to Microsoft Authenticator I can now use it to present it to a third-party web application (verifier). 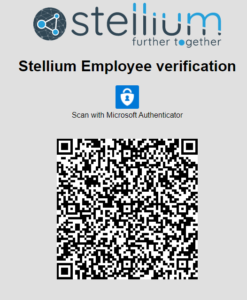 Verifiable Credential technology is promising but still in the early stages. The W3C standards are at the initial stage for specifying a data model, but more work is needed to gain maturity on interoperability on credentials verification processes, threat models, and enrichment of schema objects to account for complex scenarios. A unified approach to privacy approaches is also needed. In the next blog article, I will discuss the technical aspects of Verifiable Credentials and the current state-of-the-art of this technology, discussing also the above limitations and the current ongoing collaborative work by industry experts to address them. This technology is nevertheless bound to gain maturity and broad adoption, and it is worth exploring now the use-cases to be ready for future production usage.

How can we help you?

At Stellium, we are exploring use-cases for the introduction of Verifiable Credentials in the enterprise environment, we can help you analyze your business environment and explore together with Proof-of-Values how to take advantage of this promising privacy-preserving technology, to be ready when the general availability will be announced.

Would you like to get in touch about Verifiable Credentials and Decentralized Identities (DID)? Go ahead and set up a free online appointment with us for a consultation call.

We’re not great fans of templates for proposals as our experience taught us that there is no such thing as two clients with exactly the same needs that can be addressed equally.

We want to understand how we can help your business to grow and present you with a customized solution.

Challenge us to do so by getting in touch below.